It’s been a few months since the release of our free-to-play text games bundle, but we wouldn’t waste time doing nothing! Actually, there are lots of news.
Now we are studying a new game engine Godot and plan to use it for our future games, and one of them is going to be released really soon. Down below I’ll try to tell about everything in detail, but briefly. 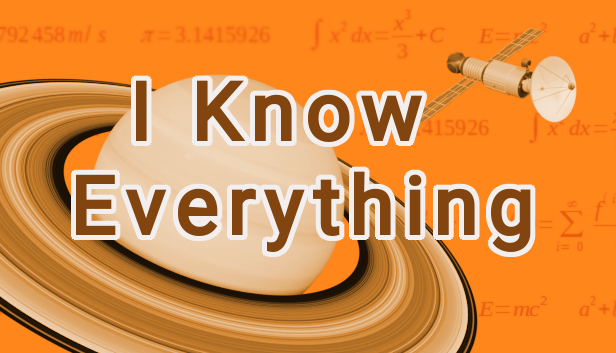 INSTEAD game engine which we used for our previous games is good for text games and visual novels but some of our ideas were hard to implement on it. That’s why I decided to look for another engine which would serve us the best.

Godot engine meets all above mentioned requirements and has a great potential. That’s why we decided to use it.

Right after Non-Linear Text Quests release I began studying documentation of the new engine and other team members would write a plot and model assets for our new game. This is going to be a 3D adventure, where the protagonist will be studying a large underground scientific base, revealing its secrets. In the future I’ll write more about this game, because there are lots of nuances when working on 3D game in Godot, which lots of other game developers will be interested to know about. But right now I’d like to talk about another game, which is less complex, but also quite interesting. 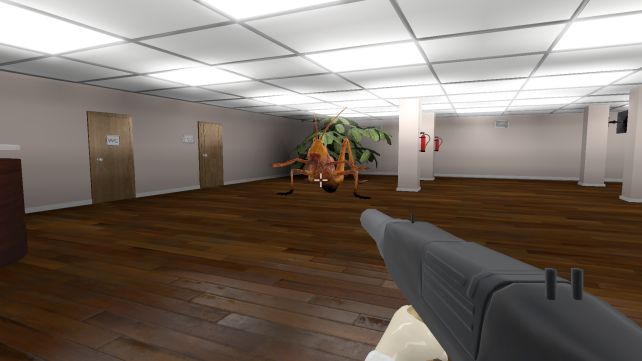 It happened that our first 3D game turned out to be rather scaled, and it became clear that it would be impossible to release it soon with initially planned high quality level, even having most of the content ready. The engine itself at its current state has some issues, which we didn’t know of, which can affect game performance on the older computers.

The idea to make a quiz with the new engine came to us when we were watching our favourite TV show “Svoya Igra” (“Jeopardy!” analogue in Russia). Earlier we played another quiz by DuCats Games, which was released at the same time with our previous game, but the idea to make something of our own came much later. Now it’s a great opportunity to test the game engine by integrating it with Steam features, like achievements, leaderboards and even multiplayer. We’re already familiar with achievements, but everything else is a new experience for us. Besides we like quiz-like games and TV-shows and making something by ourselves was very interesting. This is how our quiz “I Know Everything” appeared. 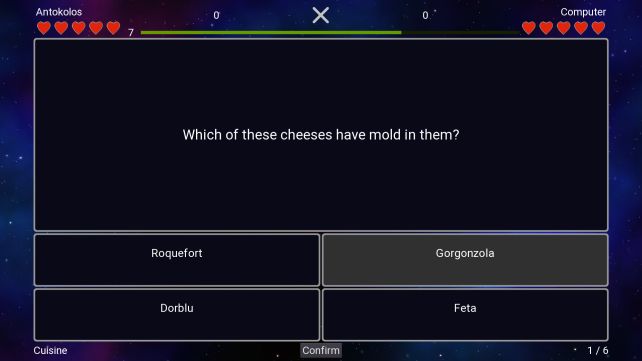 Currently there are 5 different topics: astronomy, mathematics, world literature, Russian literature, and cuisine. Each topic contains about 100 questions. While playing, you would have to choose one or a few answers to a certain question out of four given options.

Different game modes are supported: you can play with no opponent and no time limits, taking your time while pondering over each question, but if you want to be among the top players on the leaderboard, you’ll have to try your wits by playing against a computer or another Steam player. 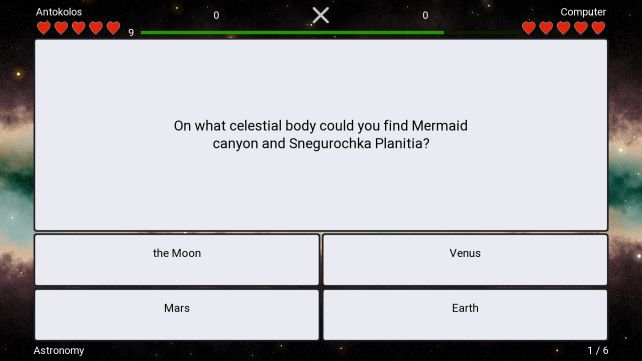 When playing against a real opponent not only your knowledge matters, but also the reaction speed, because time for answers is limited. But be sure to make no haste, because you have only 5 wrong answers to give before the game is lost. Perhaps you are a better expert on some certain topic than your opponent, which will give you the edge.

If you are a game developer and use Godot, then you’ll probably be interested at looking at the source code of our game, which will be published after the game release under MIT license. You’ll be able to see how to make a proper localization by the standard Godot means (the interface text and its translation are in a separate csv-file, which is convenient to edit for both the developer and the translator), how to use GDNative libraries, which are a compiled C++ code, needed to give the engine additional capabilities. In the game “I Know Everything” I used two external libraries: GDSQLite to support SQLite database and GodotSteam to work with Steam API, which uses the P2P options provided by Steam to support multiplayer. You’ll probably be interested to see an example of making a GUI by means of the elements of the interface provided by Godot as well.

You can add our game to your Steam wishlist, if you like quiz games, of course!